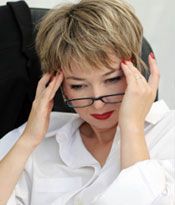 What are Adrenal Glands?

The adrenal glands are two small, triangular-shaped endocrine glands located on top of the kidneys. They are orange in color and covered in a connective tissue capsule that is hidden in a layer of fat. These glands are made up of two parts – the adrenal cortex (outside) and the adrenal medulla (inside).

The adrenal glands work together with the pituitary gland and hypothalamus in the brain to produce a number of different hormones. These hormones are key components for your health and vitality.

They are responsible for the functioning of every tissue, organ and gland in the body, as well as affecting the way we think. Adrenal glands maintain metabolic processes by managing blood sugar levels and regulating inflammation as well the balance of salt and water.

The primary function of the adrenals is to assist your body in dealing with all forms of stress including physical, emotional and psychological stress. Many circumstances cause an individual to feel stressed - ranging from illness, injury, feeling overworked, under pressure, having too little sleep (insomnia), a family quarrel or financial problems. When one has a low adrenal function, the body struggles to adapt to these stresses.

Adrenal gland disorders can be life threatening conditions and treatment is aimed at restoring the adrenal glands health so they are producing normal levels of corticosteroid hormones. Treatment usually depends on the specific disorder or the specific cause of the disorder.

Using a combination of treatment options such as conventional medicine, complementary therapy can also be effective in treating an adrenal gland health disorder.

Depending on the cause, medication may need to be taken for the rest of the patient’s life and in certain circumstances surgery may be required.

Roles of the Adrenal Medulla and Adrenal Cortex

The adrenal medulla is the inner region of the gland which is responsible for producing hormones called epinephrine and norepinephrine (adrenaline and noradrenaline). These hormones play an important role in the way we respond to stress and regulate a number of different body functions.

The adrenal cortex is the outer region of the gland and produces corticosteroid hormones, androgens and aldosterone

By controlling the amount of sodium excreted into the urine Aldosterone is the main hormone responsible for fluid and electrolyte balance which in turn is an integral part of maintaining blood pressure and blood volume.