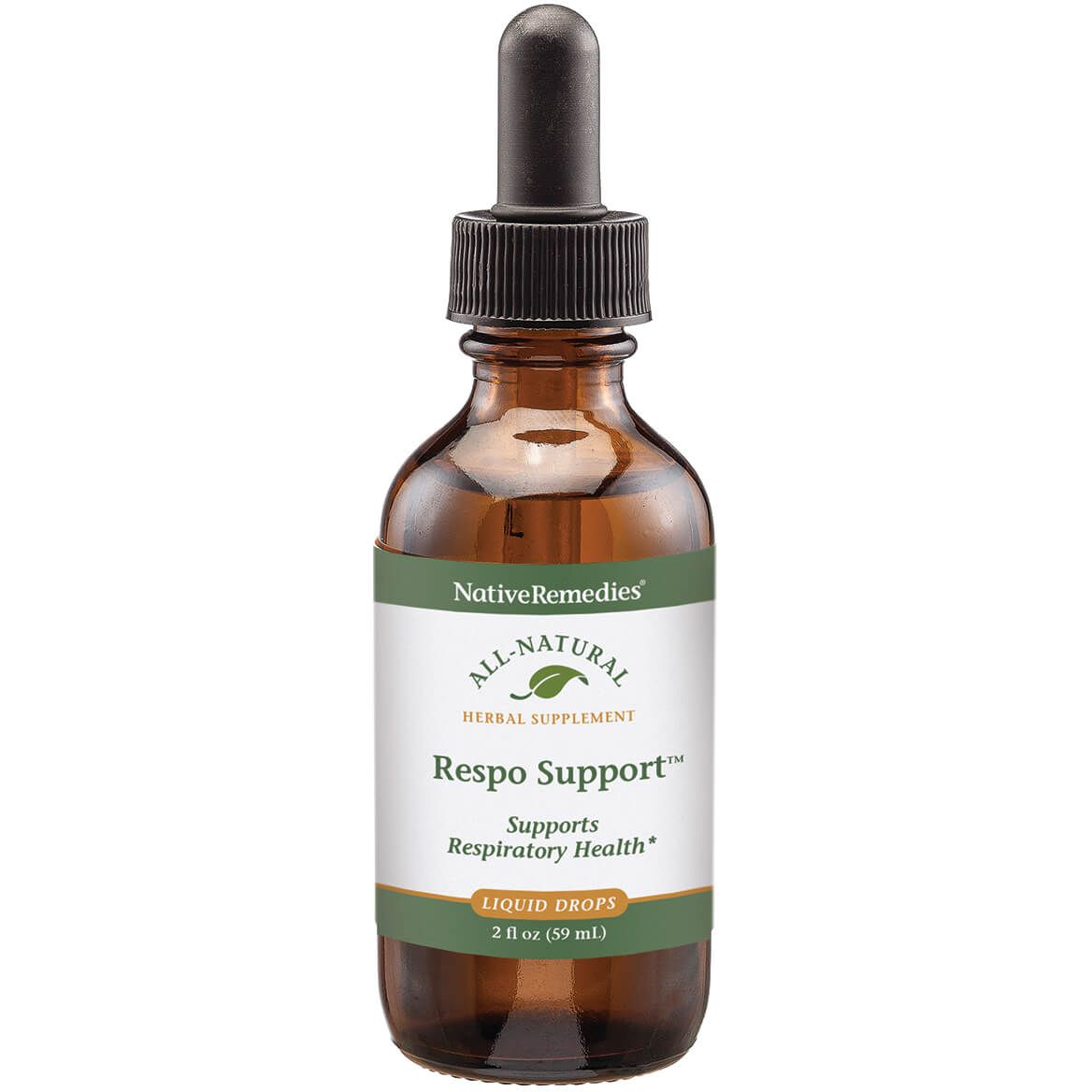 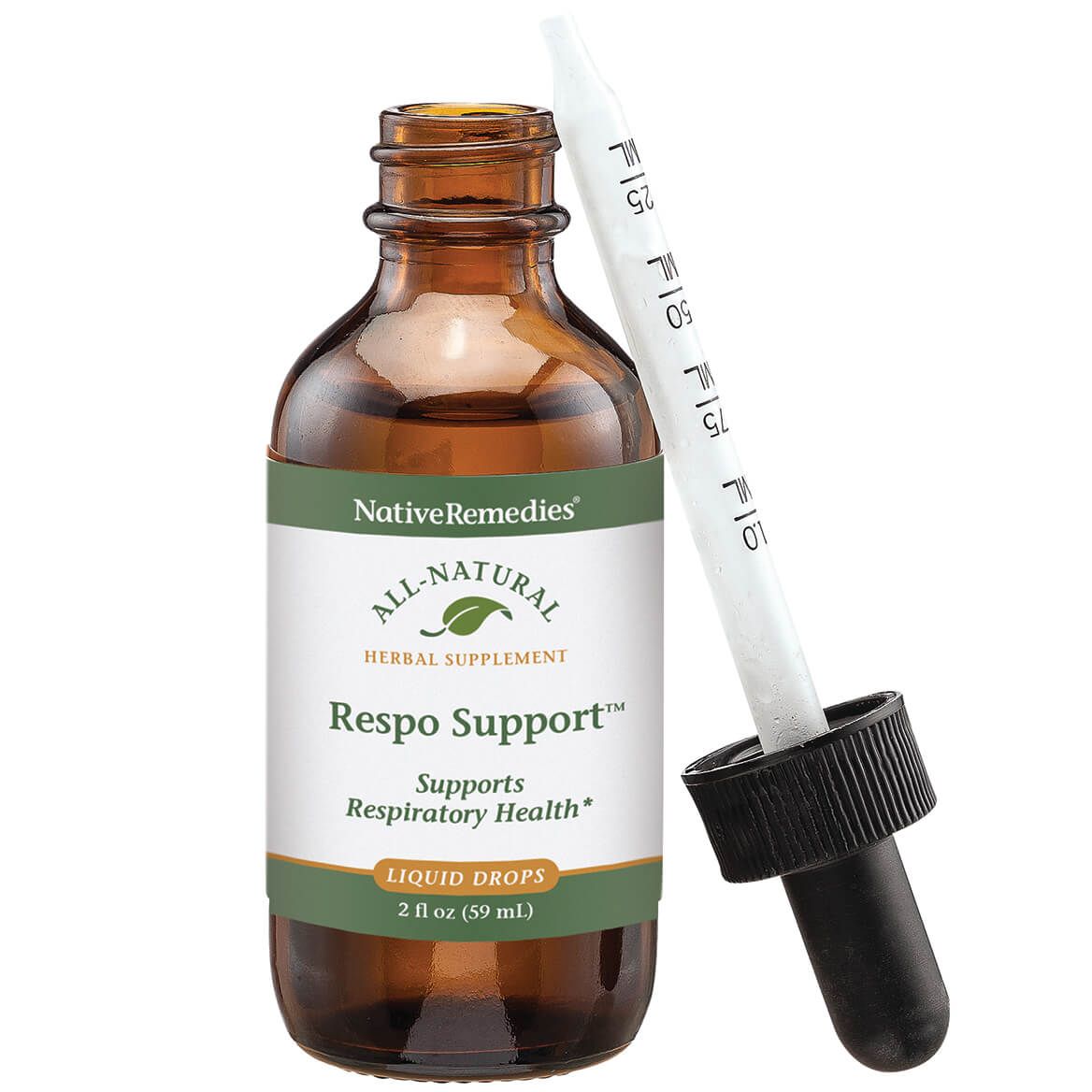 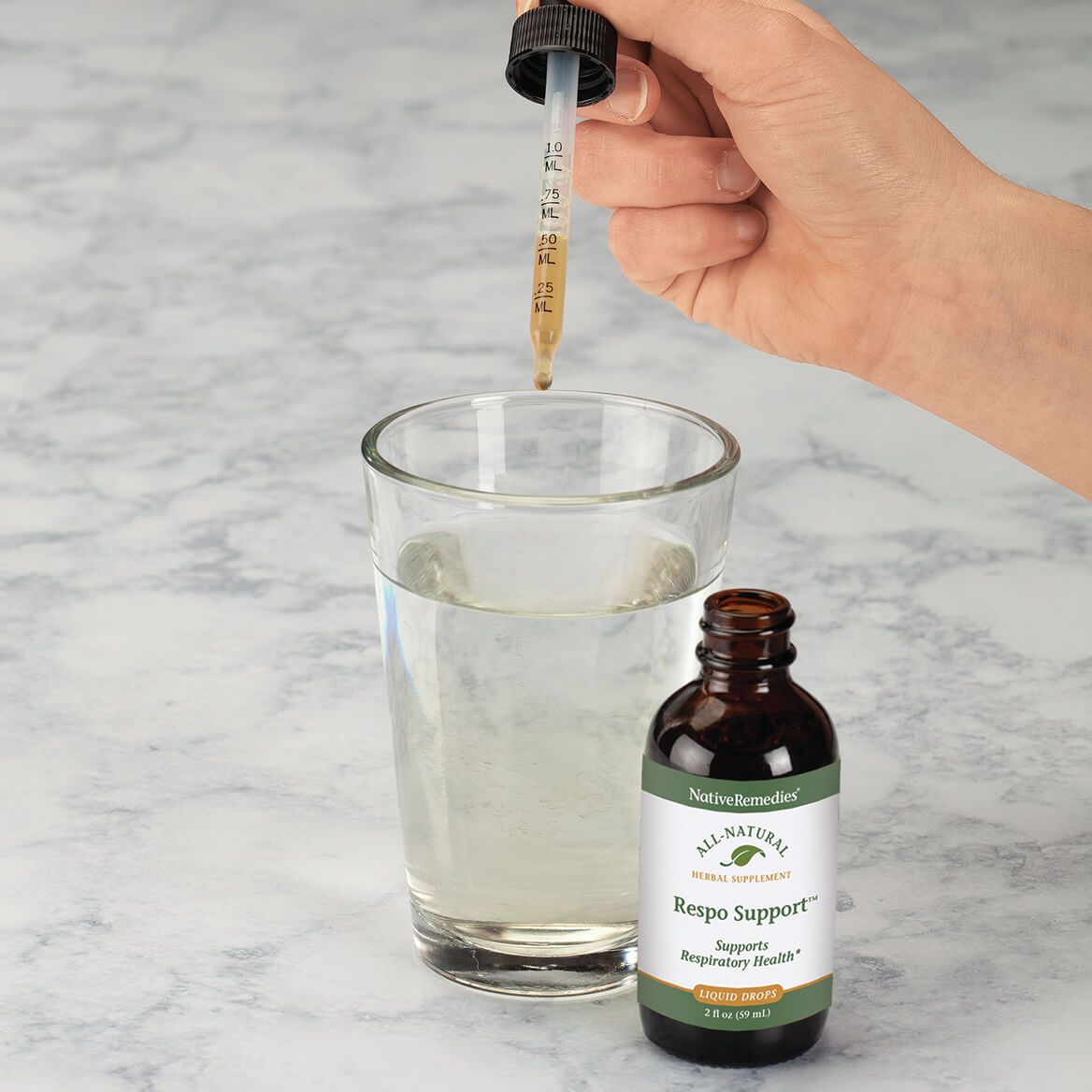 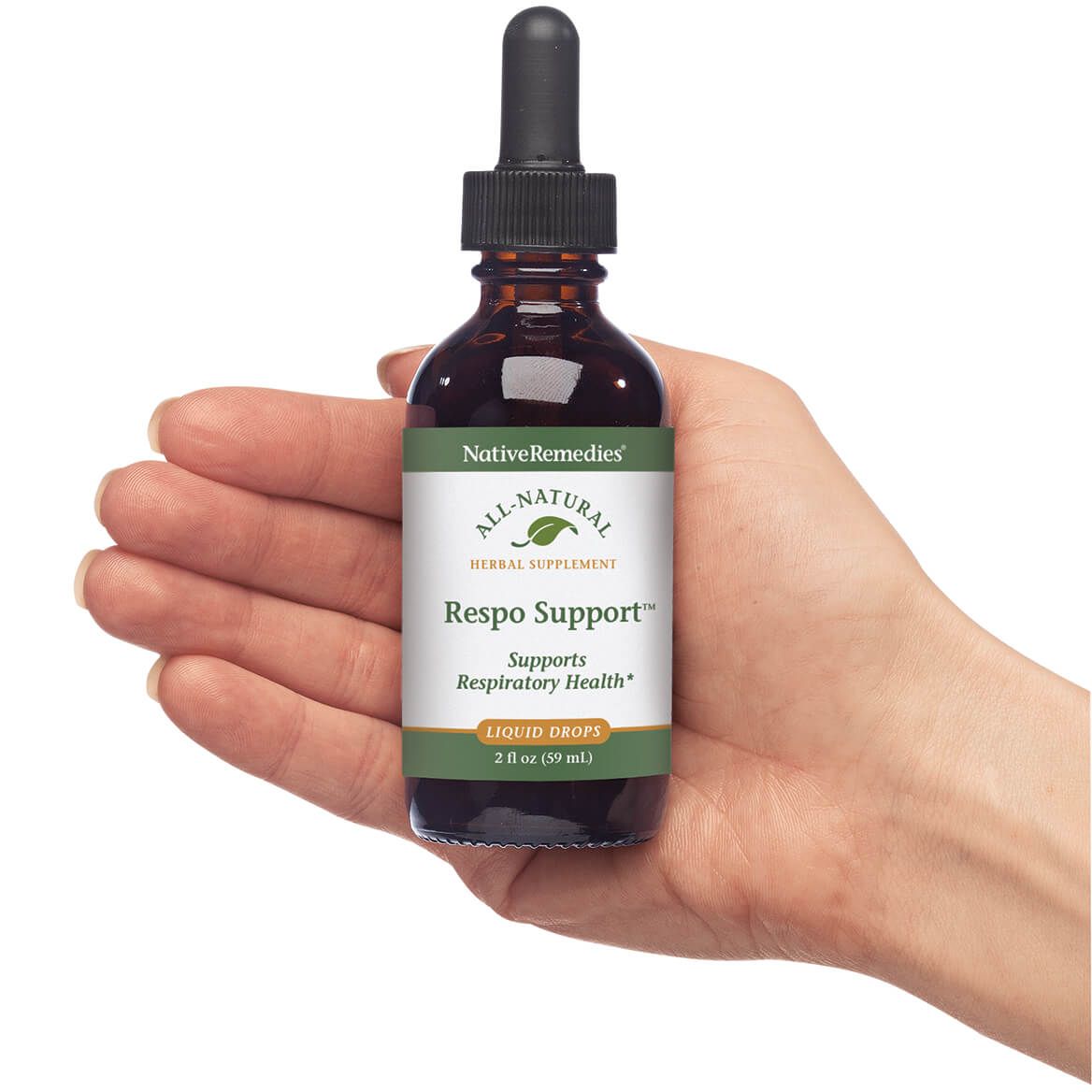 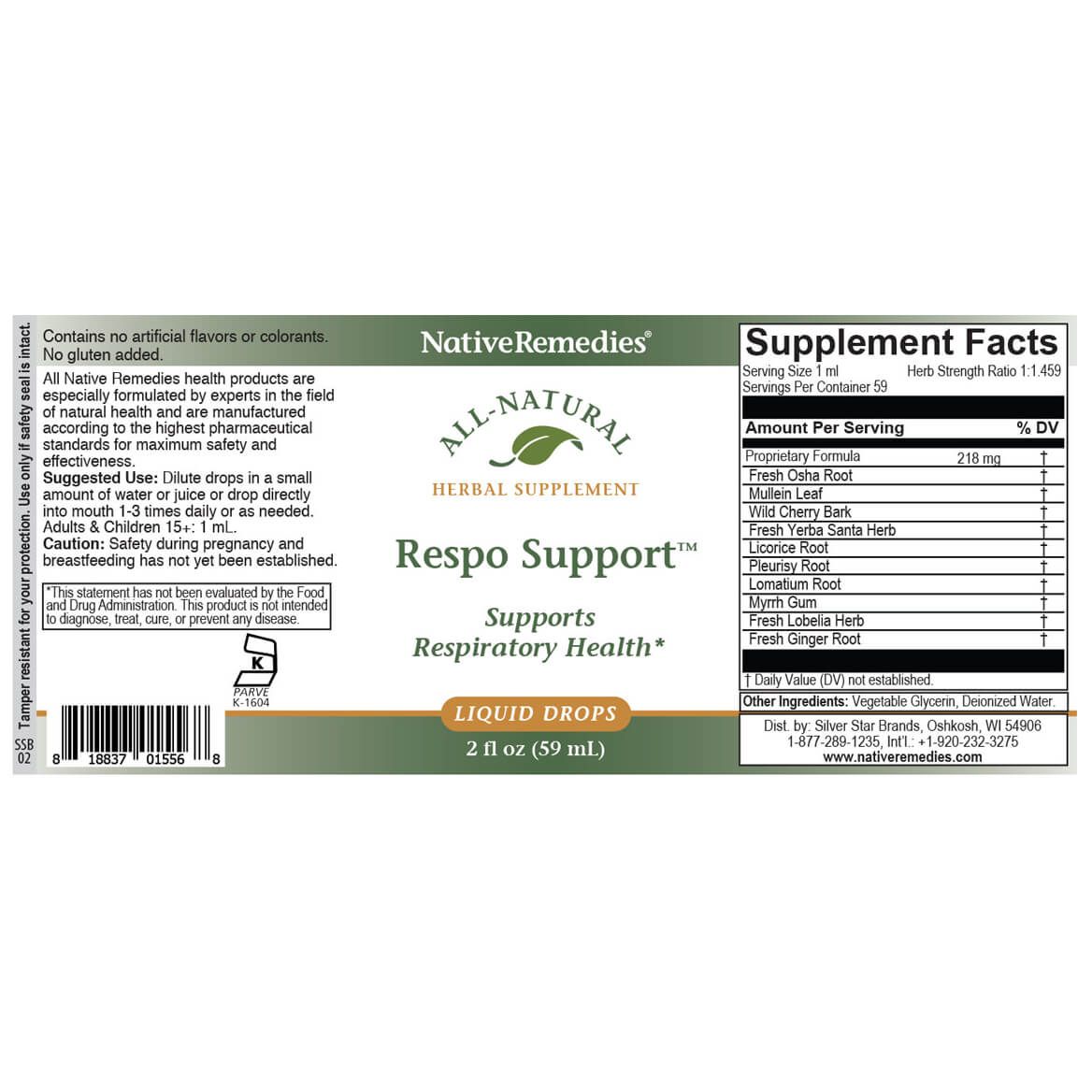 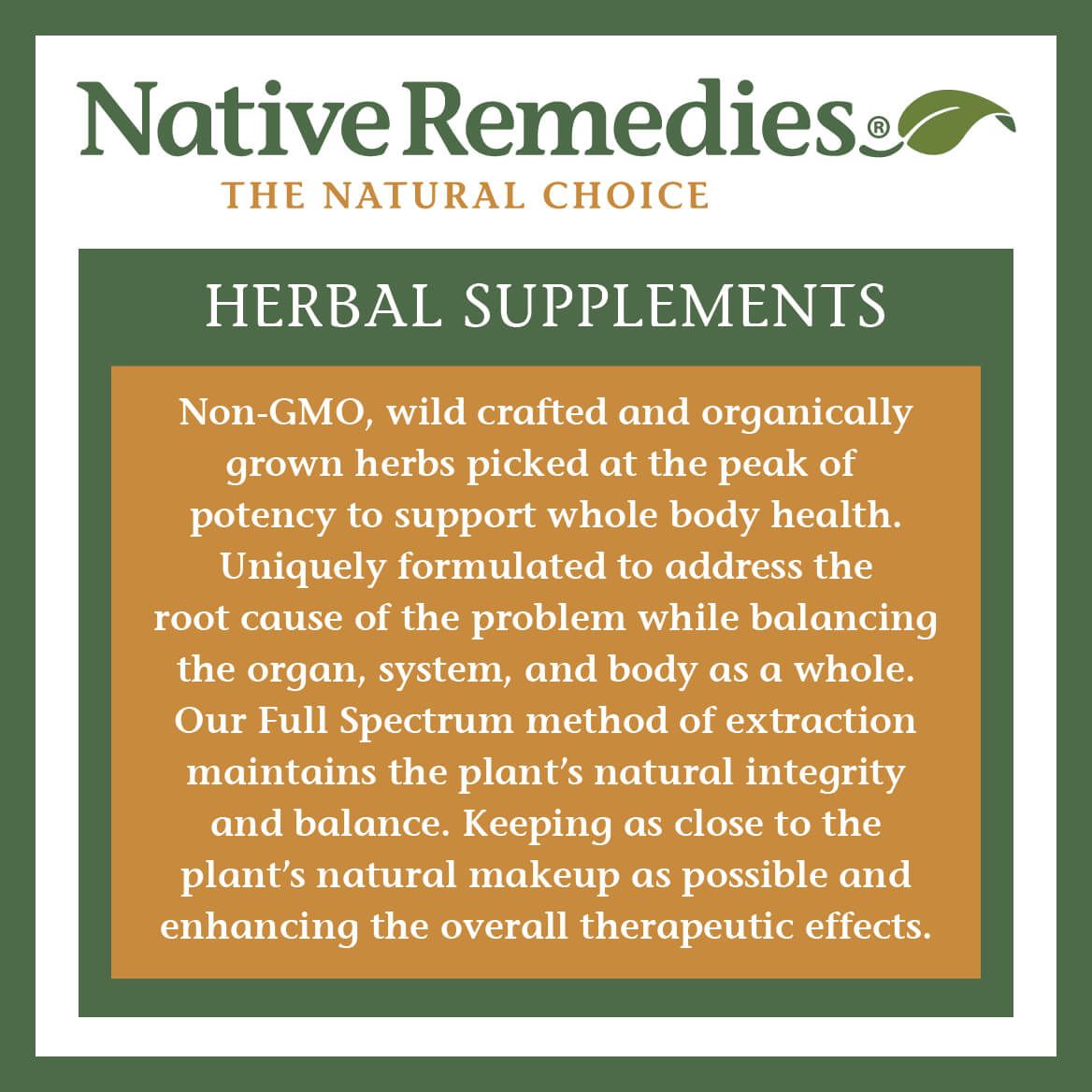 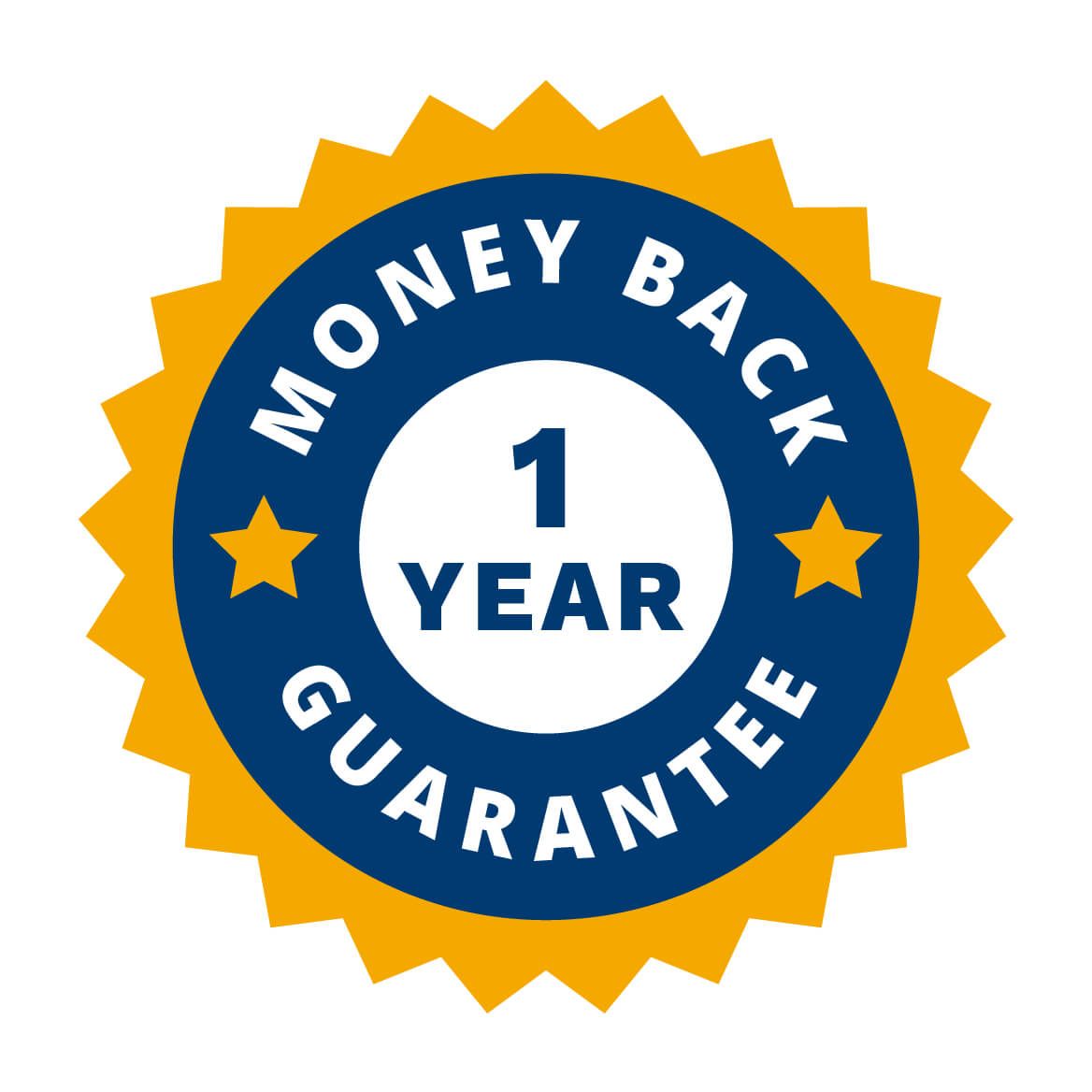 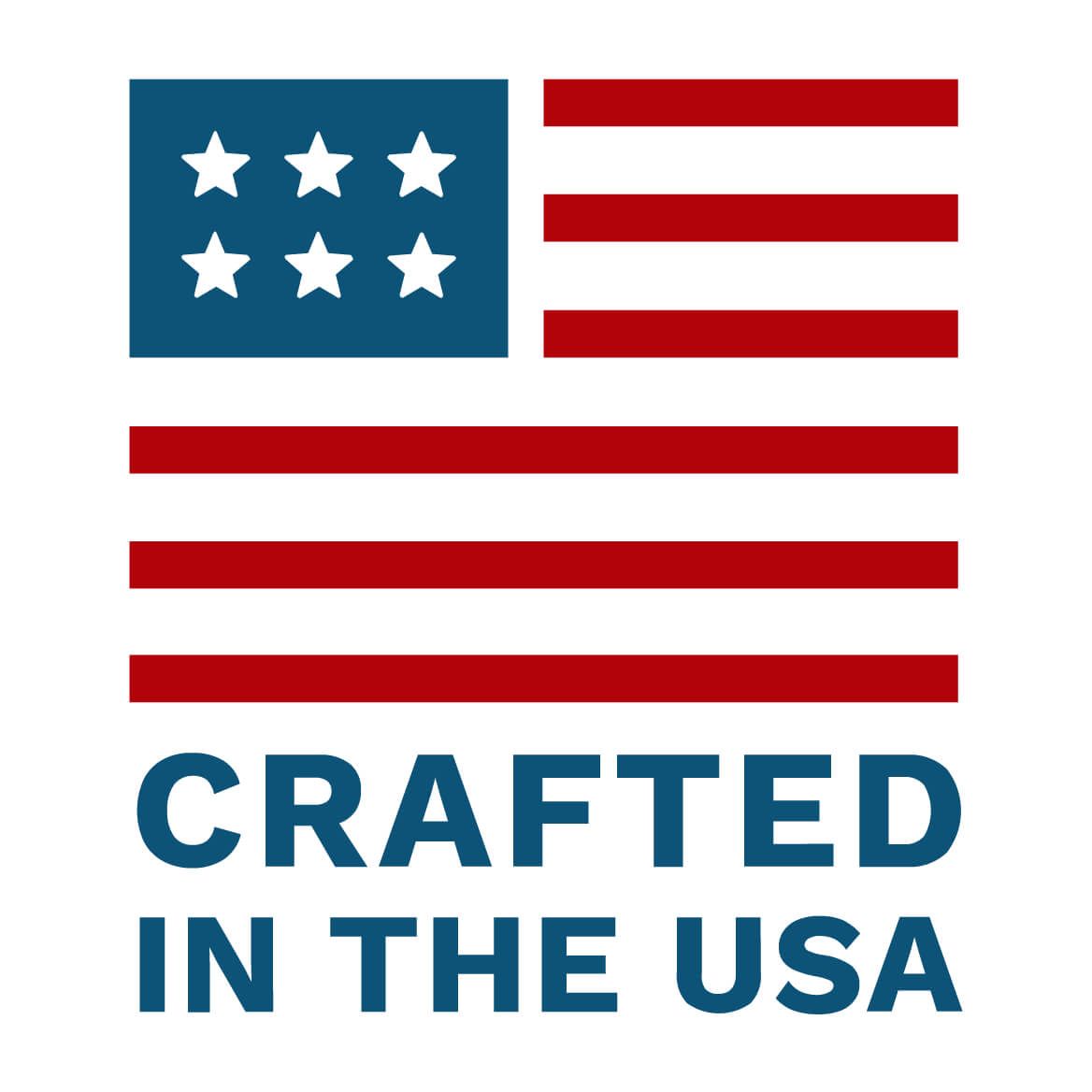 Respo Support is an all-natural herbal remedy for acute symptoms of viral and bacterial infections and general lung congestion. Formulated from specially selected herbs Respo Support helps clear the lungs of congestion and resolves lingering mucus that wants to be expelled. Respo Support may also be used as a preventative for people who travel, teach, work in public health or are prone to getting sick. It can be used at the first signs of a respiratory illness to stop or diminish it. Respo Support helps increase oxygen uptake and can be used by athletes, to resolve altitude sickness and for high altitude sports. Smokers, or recent non-smokers can use Respo Support to help clear their lungs. All Native Remedies products are manufactured in an FDA-registered and cGMP-compliant pharmaceutical facility under the supervision of an expert team of herbalists, naturopaths, homeopaths and responsible pharmacists.

Fresh Osha Root (Ligusticum porteri): Osha has been traditionally used by Native American and Hispanic cultures for pneumonia, colds, bronchitis, influenza, tuberculosis, hay fever, and coughs. Osha is commonly used as a decongestant today. Osha can be used both as a preventative before you get sick and as an acute medicine.
Mullein Leaf (Verbascum thapsus): Recognized as an aid for chronic lung and respiratory problems by European, Asian and Native American Herbalists. Mullein leaf was smoked by soldiers in the Civil War to help alleviate the lung diseases that overtook soldiers in the trenches. Mullein is considered the herb of choice for lung ailments.
Wild Cherry Bark (Prunus serotina): Wild Cherry was introduced to the colonists by the Native American tribal healers. The colonists learned that the root bark and inner bark of Cherry trees have expectorant and mild sedative properties. Wild Cherry has astringent, tonic, pectoral, sedative, anti-tussive, ad stomachic properties.
Fresh Yerba Santa Herb (Eriodictyon californicum): Yerba Santa affects the respiratory and immune systems. It has bitter, aromatic, expectorant, antispasmodic, antiseptic, and anti-inflammatory properties. The Native Americans used Yerba Santa as a tea for the treatment of colds, asthma, tuberculosis, and rheumatism.
Licorice Root (Glycyrrhiza glabra): Licorice has been used since ancient times. The Scythians introduced it to the Greeks, and it was even used by Hippocrates. It was also used by the Chinese and Hindus. In ancient Greece and Rome licorice was used as a remedy for colds, coughs, and sore throats. In North American folk medicine licorice was used as a cough suppressant and expectorant. Glycyrrhizin, a glycoside found in Licorice, is responsible for its anti-inflammatory and antitussive properties.
Pleurisy Root (Asclepius tuberosa): Pleurisy root was listed in the National Formulary until 1935. It was commonly used during the Civil War for respiratory complaints ranging from bronchitis to consumption. Pleurisy root primarily affects the lungs, respiratory mucosa, skin and intestines. It has diaphoretic, diuretic, expectorant, anti-spasmodic, carminative, laxative, tonic, and anti-inflammatory properties.
Lomatium Root (Lomatium dissectum): Lomatium root has been widely used by the indigenous people of North America for food, medicine and ceremonial purposes. It was used internally as an infusion, decoction or smoke to treat respiratory infections such as coughs, colds, sore throats, bronchitis, tuberculosis, and pneumonia. Lomatium root has shown antiviral, antibacterial, antimicrobial, antiseptic, expectorant and immuno-stimulating properties.
Myrrh Gum (Commiphora myrrha): Myrrh is native to Africa and Arabia and has been recognized for its healing properties for thousands of years. Myrrh has been found helpful in treating bronchial inflammations. Myrrh acts as an antiseptic, disinfectant, and expectorant. It stimulates the immune system and gastric secretions. It helps tone and stimulate mucous tissues.
Fresh Lobelia Herb (Lobelia inflata): Native to the Americas, Lobelia was used by the Eastern Indian tribes long before European settlers arrived. Lobelia has anti-asthmatic, anti-spasmodic, expectorant, diaphoretic, diuretic and astringent properties. It has been used in the treatment of asthma, whooping cough, bruises, ulcers, inflammations, sprains, swelling and insect bites.
Fresh Ginger Root (Zingiber officinale): Ginger works on the digestive, circulatory and structural systems. It has aromatic, diaphoretic, stimulant, carminative, anti-inflammatory, and analgesic properties. Folk medicine uses Ginger to treat indigestion, flatulence, diarrhea and loss of appetite. Ginger has also been shown to be effective in treating motion sickness.
Inactive Ingredients: Vegetable Glycerin, Deionized Water

How do I use Respo Support?

Mix drops in 1/4 cup of water and sip slowly or drop directly into the mouth 1-3 times daily.

Caution: If pregnant or breastfeeding, ask a health professional before use. If symptoms persist or worsen, consult a health care professional. Keep out of reach of children.

Do not use this product if you have hypertension, liver disorders, edema, severe kidney insufficiency, low blood potassium, heart disease with edema, or congestive heart failure.

How long until I see results?

People can differ widely in their response times to natural remedies depending on individual makeup, lifestyle and diet. Some may experience a general feeling of wellness within days, while for others it may take longer before an effect is felt.

Often, as in the case of all good tonics, a gradual improvement is felt over time. Best results are achieved when Respo Support is used consistently along with a healthy lifestyle.

How long will a bottle last?

One bottle of Respo Support will last approximately 2.5 weeks at the maximum adult dose. For children it will last longer.