Rosemary is a popular culinary herb that belongs to the mint family. This needle-like evergreen shrub is native to the Mediterranean. While the leaves are evergreen, the flower colors vary between white, pink, purple and blue. Many variations are available for garden use including Blue Boy (a dwarf with small leaves), Albus (white flowers), Pinkie (pink flowers), Salem (pale blue flowers) and many more.

Easy-to-grow and relatively drought resistant, rosemary can survive on the water it receives from the sea breeze to live, so it is often called the dew of the sea.

This herb was also used as incense in ancient religious ceremonies and is present in numerous mythological and religious stories. Rosemary was often used to symbolize remembrance during weddings and funerals because it was believed to improve memory.

Traditionally, rosemary has been used to increase concentration and memory, and to relieve stress. Recent studies have shown an enhancement in the quality of memory functioning after smelling the scent of rosemary and could be related to one of the bioactive compounds in this herb called rosmarinic acid.

Rosemary has also been used medicinally to stimulate hair growth, support the circulatory and nervous systems, and relieve muscle pain and spasm.

In the laboratory, rosemary oil also has some anti-fungal or anti-microbial properties. In one study, they found that an extract of this herb could inhibit the growth of two fungi that contaminate cereals and grains. We don't currently know however if rosemary would have the same affect in humans. 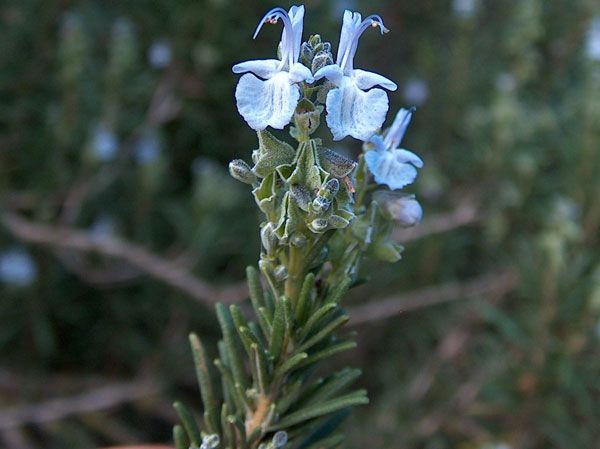