What is St. John’s wort?

St. John’s wort is also known as common St. John's wort (to differentiate the plant from the genus), Chase-devil, Tipton's Weed or Klamath weed, and is native to Africa, Europe, and the Asian continent, although the genus Hypericum has 370 species and is grown worldwide. In the United States, this plant is often considered a weed.

St. John's wort is a flowering plant with five bright yellow petals and noticeable black dots. It has striations lining the petals, giving them a textured appearance, and long, filament-like strands fanning out from the center of the petals, creating a starburst-like effect.

This plant was named St. John's wort because traditionally it flowered and was harvested on St. John's day (June 24th).

St. John's wort is known to reduce the symptoms of some types of depression. Hyperforin, an active compound in this herb, is believed to play a role in the mood-enhancing effects of St. John’s wort.

St. John's wort can cause serious interactions with certain prescription drugs, other herbs, or supplements. Therefore, people using any medications should consult their healthcare provider before beginning this herb. 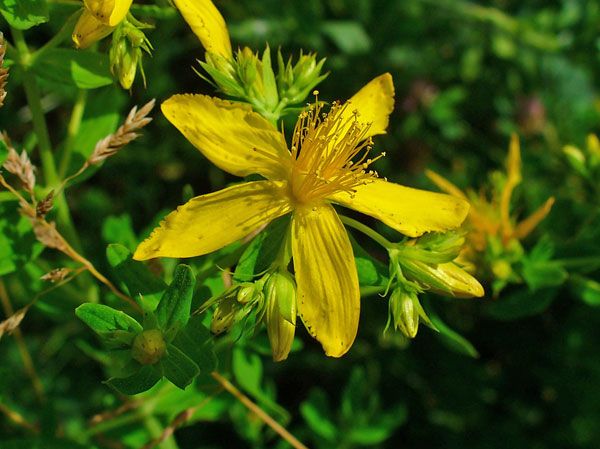 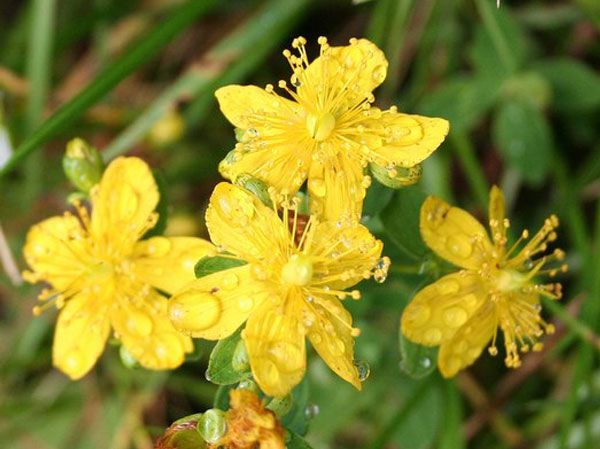